African-American influence in American music is widely evident. We know this all too well in the Mississippi River Delta region, where the Blues that were shaped by African-Americans still reign supreme.

These musical contributions give us all a richer, deeper understanding of American culture, shaping music that includes rock and roll, rhythm and blues, jazz, gospel, hip-hop, and rap.

During June, our nation takes a month-long observance to recognize and celebrate the historical influence African Americans have had on the music industry. This month gives us an opportunity to celebrate the many artists, writers, songs and recordings that have shaped American pop culture and the inspiring musical moments that have brought all Americans together.

Recognizing these important music and cultural contributions is one reason that DRA recently launched our Delta Creative Placemaking Pilot Initiativeto foster economic and community development across the region by emphasizing arts and culture.

Just consider our rich musical history: legends such as B.B. King, Robert Johnson, Bobby Rush and John Lee Hooker, among others. Every year tourists visit Helena and enjoy the modern blues masters who still contribute to this great legacy during the King Biscuit Blues Festival.

The goal of Creative Placemaking is to build an economic infrastructure that supports artistic and cultural initiatives, including music, art, literature, food, crafts and the other unique abilities of our native artisans. Their efforts can be integrated into local economic development strategies.

DRA, in partnership with leading national arts and government organizations, launched its Delta Creative Placemaking Initiative to strengthen the Delta economy. DRA will contribute nearly $460,000 to stimulate development efforts through promoting the Delta as one of the most historic, unique and iconic places in America, and a region blessed with artists, musicians, crafts workers, chefs and writers. This is not an entirely new effort for DRA. Delta and Black Belt communities have been supporting these types of projects for some time.  We’ve invested in the Grammy Museum in Cleveland, MS, the only Grammy museum outside of Los Angeles; we’ve worked on a special project with National Geographic to promote cultural resources from New Orleans to the headwaters of the Mississippi River and we have supported Bridging the Blues, a tri-state regional coalition of Arkansas, Mississippi, and Tennessee that emphasizes tourism as a key to economic development strategy by combining marketing and branding activities.

Stay tuned for more news coming soon on Creative Placemaking. Later this month we will start a series of six workshops, beginning in Paducah, KY, to spread the word and encourage applicants to seek funding support.

The workshops are structured to help community leaders, local development districts, economic development staff and leadership, and other non-arts sector decision-makers learn more about Creative Placemaking and how it can add value to communities.

Local government entities, in partnership with at least one non-profit organization, can submit applications for Delta Creative Placemaking seed investments up to $30,000 beginning in May. Successful applicants will also receive up to 50 hours of coaching, mentoring and technical assistance to advance Creative Placemaking efforts in their communities. 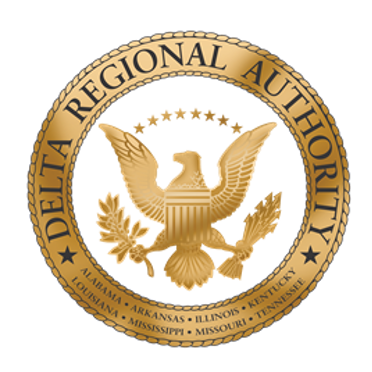