SOMERSET, Ky. — The bipartisan effort to revive and diversify Eastern Kentucky’s coal-dependent economy “is the most exciting thing occurring in local community development and revitalization anywhere in this country,” the federal co-chair of the Appalachian Regional Commission said at an ARC economic-development conference Thursday.

Earl Gohl said the key has been the involvement of Democratic Gov. Steve Beshear, who leaves office in December, and Republican U.S. Rep. Harold “Hal” Rogers of Somerset, whose 5th District is the poorest in the nation and includes virtually all of the East Kentucky Coalfield.

The Shaping Our Appalachian Region initative covers all 54 of the counties served by the Appalachian commission, but its focus is on the coal counties, which have seen half of their mining jobs disappear in the last three years.

Republicans and some Democrats have blamed that on President Obama’s environmental policies, but Rogers, the chair of the House Appropriations Committee, has downplayed that in his work with Beshear. At an announcement of the latest round of federal grants to help the region, he said the coal industry needs “regulatory relief” but let it go at that.

Beshear said, “When the coal industry took a real dive . . . we didn’t know what to do, but we knew we had to do something. . . . The key to where we are today is the realization of folks in Eastern Kentucky is that while the coal industry is gonna be with us for a long, long time . . . it’s never gonna employ the people that it used to employ.”

Rogers said his partnership with Beshear “has been a model of non-partisanship, bipartisanship” that is “now extending to the local level,” where he and Beshear agree the keys to success lie.

“This could not be a top down process; this had to be built from the ground up,” Beshear said. “We’ve both been amazed how quickly people here have grabbed his and made it their own and said, by golly, we’re gonna make our region great.”

Beshear will leave office in December, and “SOAR is going to face a real critical period of time because of that,” Rogeers said. “We will never have a governor . . . as excited about SOAR as you are,” he told Beshear. “I know that concerns you, and it concerns me.”
Rogers told the audience, “We’ve been really lucky in Eastern Kentucky that we’ve had a governor who would get so involved in our future,” Rogers said. “This governor has devoted himself, excited himself, about East Kentucky. . . . He could have taken the easy way out and the political way out, but he didn’t.”

Beshear put state money where his mouth was, getting $30 million from the legislature to build, largely with private investment, a statewide broadband network that will go up first in Eastern Kentucky.

“Kentucky is dead last in the speed of its Internet system,” Beshear told the crowd. “We put together the biggest public-private partnership in Kentucky’s history,” and perhaps the largest such project in nation, “but we have to do the last mile, and the last mile is up to your local communities and the telcos.” The “middle-mile” project will make very high-speed Internet service (up to 25 megabits per second) availlable in every county, but it will be up to telecommunications companies, local governments or other entities to build the “last mile” to consumers.

Some of the grants announced at the meeting will fund training to help key players in the region help other leaders and potential consumers understand the value and potential of higher-speed Internet, and its essential role in economic development.

Beshear and Rogers noted that SOAR is also tackling the region’s great problems of poor health and substance abuse, which have compromised its economic potential. Beshear said the latter issue has been exacerbated by more people being out of work. “Education is a key, treatment is a key, but improving the economy is the key,” he said, adding that the region’s leaders need to create hope and make people think they have a future.

He said churches have also played an important role when they “get out of the other side of the stained glass windows where the ox is in the ditch and help your neighbor. . . . We’ve got to solve the attitude toward people abusing themselves.”

In response to a question, both men said the region needs to develop an entrepreneurial culture. “This is going to be the key to success,” Beshear said. “The basis of our economy is small business; we need to encourage more start-up companies.”

Rogers said entrepreneurship withered in the era when people knew they could get good-paying jobs at coal companies. “We’ve had a dearth of entrepreneurs,” he said, “and we’ve almost forgotten how to do it.” 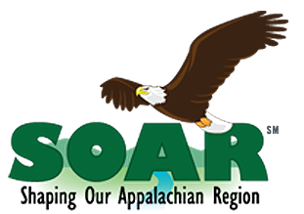