Central Appalachian economic woes are a warning to energy-boom regions, rural expert says
There is no quick fix to reviving a rural economy hit hard by the loss of its primary source of income, such as the Central Appalachian coalfield, Chuck Fluharty, founder, president and CEO of the Rural Policy Research Institute, told Manuel Quiñones of EnergyWire.

Fluharty’s “hope is that SOAR will score a win or two and spread to other Appalachian areas afflicted by coal’s downturn,” Quiñones writes. “It might, he added, even serve as a cautionary tale to rural areas that are now feasting on the hydraulic fracturing boom.”

Fluharty rold Quiñones that the success of a business such as coal mining, or oil and gas development from horizontal hydraulic fracturing, leads to high-paying jobs, sometimes for several generations, but crowds out other sectors, leaving the area depleted when resources dry up: “No community that depends on resource extraction . . . can escape its curse. It builds a culture of stability and entitlement because of that extraction industry, which always fails because the resource goes away.”

In Central Appalachia the problem is exacerbated by the region’s “lack of population centers and a Scots-Irish heritage that tends to make people resistant to change,” Quiñones writes. “He knows it from experience, having been raised in the Appalachian foothills on a fifth-generation family farm in southeastern Ohio.”

SOAR is already having an impact on other areas, Quiñones writes. West Virginia Sen. Jeff Kessler (D-Marshall) formed a similar group called Southern Coalfields Organizing and Revitalizing the Economy (SCORE), and officials in Minnesota who attended SOAR’s first summit in 2013, said they see similarities between struggles in Central Appalachia and the Iron Range. A SOAR “strategy summit” is scheduled for May 11 in Pikeville, Ky. 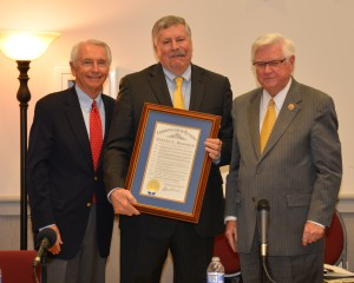